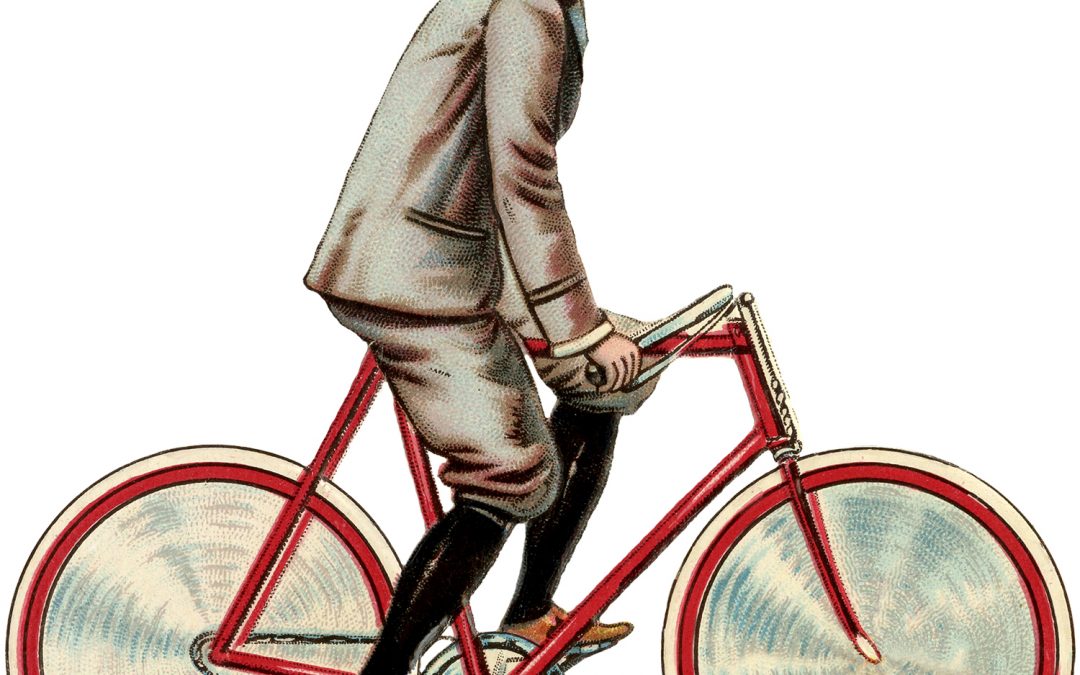 In the early 1840’s pioneers traveling west to the Oregon Territory discovered dense timberland, fertile soil and abundant water resources on the banks of the Willamette River. There, the settlers found Milwaukie (1847), which became a dominant pioneer town eclipsing Portland. Milwaukie’s early days were booming until the late 1850’s when timber supplies dwindled. However, the access of Milwaukie Bay continued to provide active commercial activity. The population grew and businesses came more diverse.
Many architecturally significant private homes, churches, and commercial buildings have been lost to the steady march of progress. But a remnant can still be seen today.

(The actual bike route can be viewed here: And the whole list of significant properties can be found here: )

The bold façade of the Milwaukie City Hall is a highly prominent local landmark. It was constructed as a WPA project in 1938. City Hall occupies a full block in Milwaukie’s commercial core. This block was the site of the first school in Milwaukie.

The Milwaukie Masonic Lodge was constructed in 1925. It is as significant as a singular-and exuberant example of the 20th century Gothic Revival Style.

The Milwaukie Jr. High School is a prominent, community landmark, acting as a strong visual anchor for the northeast corner of the city’s downtown. It is one of two historic schools in Milwaukie. The Jr. High was constructed in 1937 as a Works Progress Administration (WPA) project, replacing an earlier school, which was located across the street on the current site of Milwaukie City Hall.
Located on a 7.2 acre parcel intersected by Spring Creek, the site features several rustic stone bridges and walls interspersed throughout the grounds, and a small waterfall enhances the nw corner of the school yard.

The William Schindler was built in 1905-the oldest surviving commercial building in the city and the only remaining wood-frame commercial structure in the downtown area.

This dam is the oldest structure in town (but has been redone several times) Milwaukie Waterfront off McLoughlin cir. 1858

Before it was Kellogg Creek (named after Joseph Kellogg who bought the land) it was named Cold Creek, named by the Indians. Joseph Kellogg was a city founder – he built the dam as well as the first flour mill in the northwest. In 1903 the flour mill collapsed into the Willamette River. The dam did provide power for the mill, but now has no functional use.

The Sherman Hall Residence, aka “The Pink Palace”, was constructed in 1915 and designed by well know architect Elis F. Lawrence. Lawrence, a principle in the firm Lawrence and Holford, was a Portland-based architect who worked throughout the northwest. He established the School of Architecture at the University of Oregon in 1916, served as Dean and commuted between Portland and Eugene for 30 years. Lawrence left a legacy of buildings designed in a wide variety of revival styles ranging from Egyptian to Colonial.

This pioneer cemetery is two acres in size and is on River Road in Milwaukie, Oregon adjacent to Waverly Golf and Country Club. Seth Lewelling brought 700 fruit trees from the Oregon Trail and planted them next to Graveyard, now the golf course.

This 1938 WPA project, under the auspices of the Oregon State Highway Commission, used WPA funding and manpower provided office space for Highway Division engineers, support staff, and State Police for the Portland area.

The sole surviving mule-drawn streetcar of the Portland Street Railway.

The Milwaukie Museum has in its possession the sole surviving mule-drawn streetcar of the Portland Street Railway.
Established in 1872 by rail baron Ben Holladay, the PSR ran its diminutive streetcars up & down Front Street from Glisan to Caruthers & back. When Holladay died in 1887 ownership transferred to his brother Joe, who kept the line running the length of its entire franchise, which expired September 9, 1896, earning it the distinction of Portland’s 1st & last horse-drawn streetcar company.

Scott Griffith was born in Sellwood in 1953 and moved to Milwaukie in 1955 when he was two-years old. He still lives in the same old farm house on the corner of 27th and Lake Rd where he grew up. During his childhood, the home sat on 12 acres of farmland and a hayfield that was originally settled by the Olson family sometime before 1915. When interviewed, Griffith was 56 years old and much of the family’s land has been developed by the Milwaukie High School.

Milwaukie High School was constructed in 1925 in the Half Modern Style. The original architect is unknown, however, the 1938 addition was designed by F.M. Stokes, a prominent Portland architect who design school buildings around the state. The massive entrance culminates in a compound, corbelled gable. The school is one of only two school buildings in Milwaukie that date to the historic period.