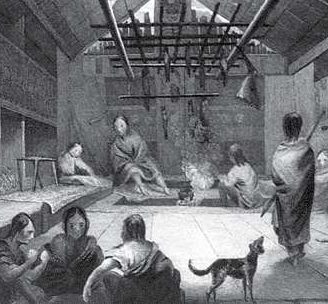 This area was the home of the Clackamas Indians who lived in permanent winter villages and in seasonal settlements. During the spring, summer, and fall they fished, hunted, and gathered foods. In 1805 Lewis and Clark estimated a Clackamas population of 4,650. Fur traders, missionaries, and white settlers introduced diseases that decimated the Clackamas. By 1853, only 78 remained, a decline of 98 percent. The Clackamas were among the tribes that signed the Kalapuya Treaty of 1855, which ceded land in what are now Clackamas, Multnomah, and Columbia counties. In 1856, the tribe was moved to the Grand Ronde Reservation. 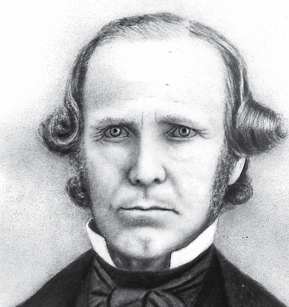 In December, Lot Whitcomb established the first permanent white settlement in what is now downtown Milwaukie when he purchased a nearly 600 acre Donation Land Claim on the banks of the Willamette River at the mouth of Johnson Creek. He named the new town after his hometown of Milwaukee, Wisconsin, which was frequently spelled “ie” at the time. Whitcomb likely used the spelling with which he was most familiar when naming the settlement. Additional settlers, including the Luelling and Kellogg families, soon joined him. 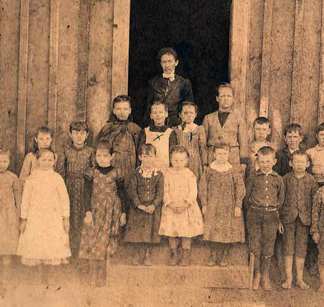 Hector Campbell, an early settler who arrived with his family in 1848 along with the Luellings, opened Milwaukie’s first school. A small schoolhouse was constructed on the site of the current Portland Waldorf School. That building was replaced when a school was built nearby at the location of the current City Hall. In 1893, a more modern schoolhouse was constructed on the same site. Other buildings followed with the opening of the current Milwaukie Elementary School (1916) and Milwaukie Union High School (1926). 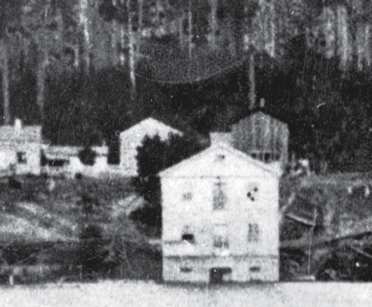 Milwaukie had about 500 residents and was an emerging West Coast shipping port when the first post office opened and the Pioneer Cemetery was founded. Sawmills, flour mills, and a thriving shipyard continued to keep nearby competitors, Portland and Oregon City, at bay. Seth Lewelling arrived from Illinois, joining his family’s new nursery business and marking the start of Milwaukie’s several decades at the center of agriculture in Clackamas County. On December 26, the steamship Lot Whitcomb was launched. When the burgeoning town was declared a port of delivery the following year, it seemed anything was possible. 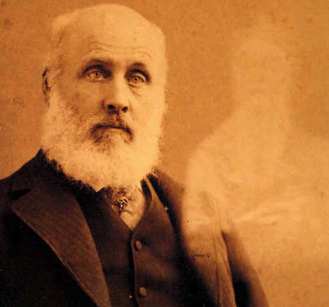 Seth Lewelling originated a new variety of cherry, the Bing. It was named for his Manchurian foreman Ah Bing, who supervised 30 Chinese farm workers. The new cherry was a crossbred graft from the Black Republican cherry, which Lewelling had developed a few years earlier. Bing worked for Lewelling for 35 years. He traveled to China in 1889 for a visit, but because of restrictions of the Chinese Exclusion Act of 1882 he was never able to return to Oregon. 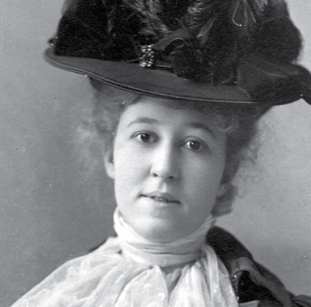 The first Milwaukie library opened when Alfred Luelling placed books in the offices of a local attorney. The building burned down a few months later. In 1910, library supporters finally found a new location, a room in City Hall. The library moved to the elementary school in 1916 and to several other locations, including the new city hall in 1936. In 1961 longtime library advocate Florence Ledding left her home and property to the city for the expressed purpose of using it as a library facility. The Ledding Library continues at that location to this day. 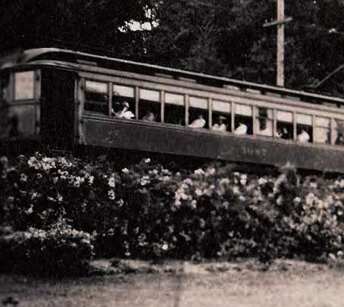 An electric rail line was constructed, connecting Portland to Oregon City. Predominantly built for interurban trolleys, the line was also capable of transporting freight, making it the first of its kind in the region. The line passed through Main Street and played an important role in the development of central Milwaukie. With the construction of McLoughlin Boulevard in the 1930s, the Main Street tracks were relocated and the significance of the streetcar dwindled. The line shut down in 1958. The completion of the Portland-Milwaukie MAX Light Rail line in 2015 marked the return of electric rail through Milwaukie. 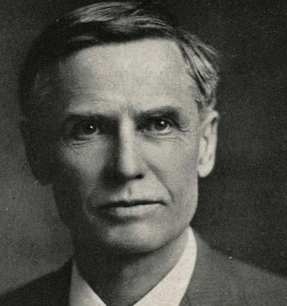 Voters approved an amendment to the state constitution creating Oregon’s initiative and referendum process. Also known as the “Oregon System,” this form of direct legislation was spearheaded by Milwaukie resident and state representative William S. U’Ren. U’Ren was an acquaintance and business partner in the Lewelling family’s nursery business. The Lewellings, including Seth, his second wife Sophronia, and nephew Alfred, were ardent supporters of the Populist movement in the 1890s, which gained momentum into the twentieth century. 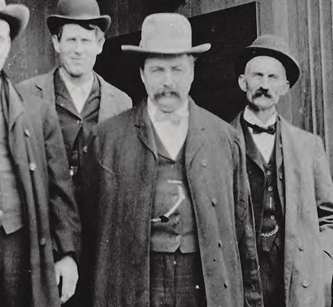 Milwaukie was incorporated as a city on February 4. The city’s first mayor, William B. Shindler, advocated for incorporation as he and other area residents were concerned about the storage of gun powder and other explosives in the city. Schindler supporters also felt that incorporation was the best way for Milwaukie to develop a base of funding for municipal services, such as paved roads and sewer lines, and that once the town had such services more people would be encouraged to move to the new city. 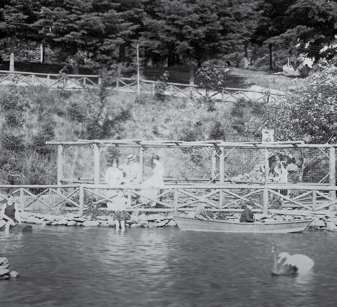 Crystal Lake Park opened on July 4. Founded by German immigrant Otto Witte, the park was comprised of eighteen acres just east of downtown Milwaukie on Harrison Street. A natural spring fed the man-made lake. In addition to picnic grounds, the park also had a dance pavilion, zoo, swimming pool, and playground. Originally a segregated park, it was only open to African American visitors one day a week. The park was very popular, but struggled financially and eventually closed in 1936. 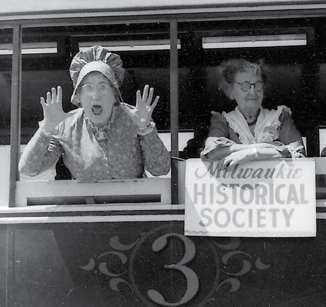 Local citizens organized the Milwaukie Historical Society. Dues were initially 25 cents a year. The society hosted lectures, picnics, and other events. Members began to collect artifacts and displayed these in exhibits at the Milwaukie Masonic Lodge and later the Ledding Library, before acquiring a permanent museum in 1975. Among the artifacts was an 1871 horse drawn streetcar. Initially installed along McLoughlin Boulevard, the “Old No. 3” streetcar moved to the new museum where it continues to be exhibited. 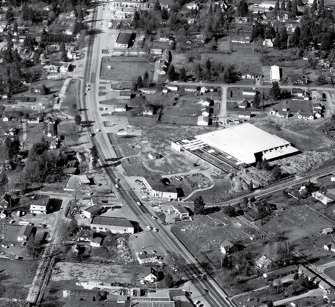 In 1930 plans were announced for a new “superhighway” connecting Portland to Oregon City, near the river through downtown Milwaukie. Also known as McLoughlin Boulevard, the road was dedicated on October 18, 1937. Drivers from communities like Milwaukie and Oregon City now had a more direct connection to Portland. In 1972 the highway became an official portion of State Highway 99E. 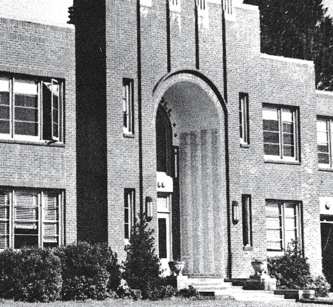 On July 7, the current City Hall was dedicated. Designed by Portland area architect Walter E. Kelly, City Hall was built in part thanks to a grant from the Public Works Administration. In addition to council chambers and administrative offices, the building originally housed the fire department and the city library. Prior to 1938, City Hall had been moved several times. The first Milwaukie City Hall building, located at 21st Avenue and Harrison Street, opened in 1908. 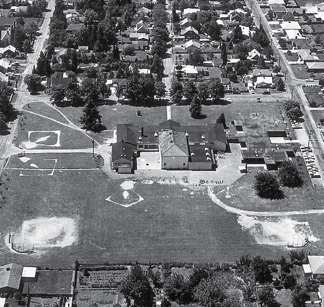 At the end of World War II, Milwaukie’s population was just over 5,000. Wartime housing projects built on 32nd Avenue and north of downtown along McLoughlin Boulevard, contributed dramatically to the growth of the city. In the postwar era, new residential
developments from Ardenwald south to Oak Grove and east to 82nd Avenue offered families comfortable and affordable housing away from the bustle of the city, but close enough to work. By 1970, the population had tripled in Milwaukie to 16,379 and the city continued to grow, though at a slower pace, into the 2000s. 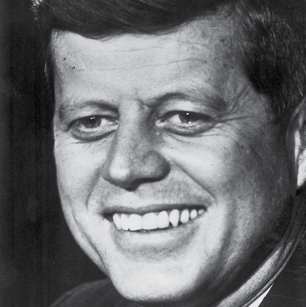 On October 20, Senator John F. Kennedy visited Milwaukie while campaigning for the Democratic nomination for president. He toured downtown and gave a short speech at the high school. His host was state senator Monroe Sweetland, leader of Oregon’s Democratic Party and a Milwaukie resident. Sweetland had been at the forefront of moving Oregon Democrats away from their pro-segregationist Dixiecrat attitudes. 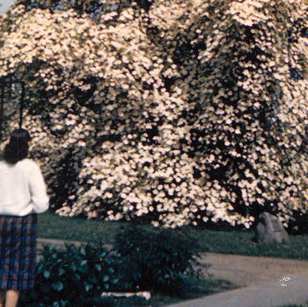 The Columbus Day Storm severely damaged a historic dogwood tree in Milwaukie. Believed to be the tallest dogwood in the United States, the century-old tree stood over 65 feet high and its trunk measured seven feet in diameter. It helped earn Milwaukie the nickname the Dogwood City of the West. 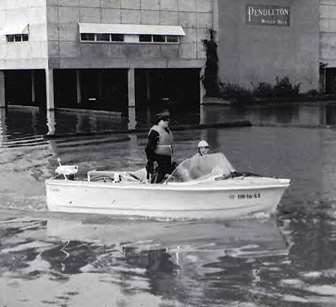 The Willamette River flood of 1964 greatly affected Clackamas County. The result of heavy rains, it was one of the worst floods in the twentieth century. More than a dozen people died in Oregon and the natural disaster caused an estimated $71 million in damages. 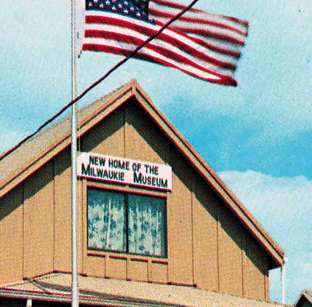 On June 7 the Milwaukie Museum opened to the public. Two years prior, United Grocers, Inc. donated the 1865 George Wise House to the Milwaukie Historical Society. After moving the house from Lake Road to its current site, the historical society renovated the building so it could serve as a museum and research library. 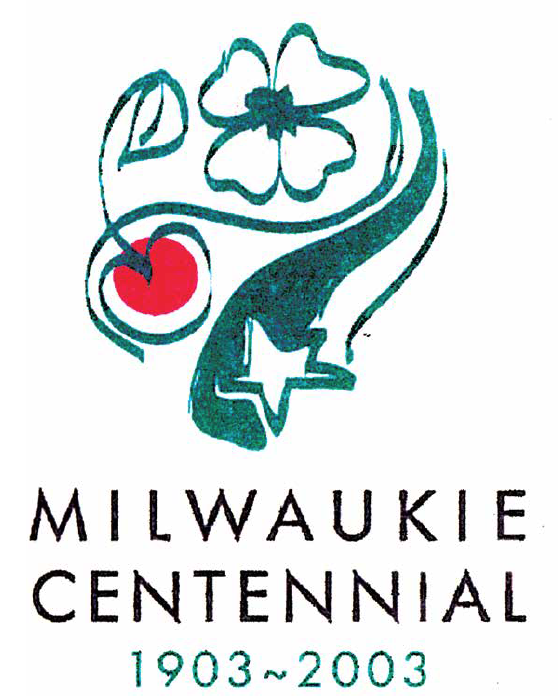 With festivities throughout the summer, Milwaukie celebrated its centennial. A highlight of the celebration was the announcement that the city intended to redevelop the waterfront as Milwaukie Riverfront Park between Johnson and Kellogg Creeks. Over the next decade, the project began to turn a once inhospitable landscape of industry into the beginnings of what will become the city’s “living room.”